If I were to be asked to sum up Mauritania in five words from my experience up to Nouakchott they would have been:

The country is mainly desert. After receiving my Senegalese visa I was able to leave Nouakchott and continue on the N1 toward Senegal. Riding through the poorer area at night was an experience, excited children in BMX rode by the side, showing off their skills.

However, leaving Nouakchott behind, things changed relatively quickly, the wind changed from a tailwind to a killer crosswind.

The roads got narrower.

It stayed cloudy, better for cycling in the day.

And slowly… There were more trees, greenery and people in the countryside.

Stopping in a village Tegend there were lots of excitable children. 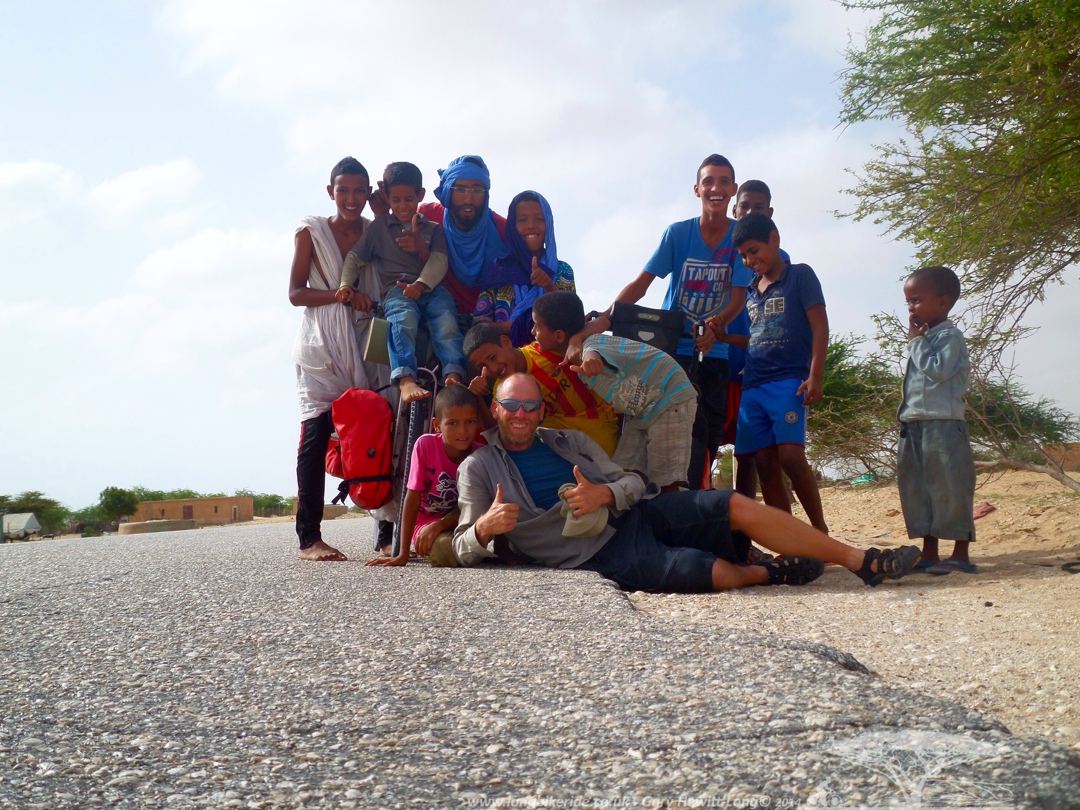 Despite being in villages in the south of Mauritania, with no electric or running water, it’s surprising that most younger people are still in Facebook.

Stopping for a break. 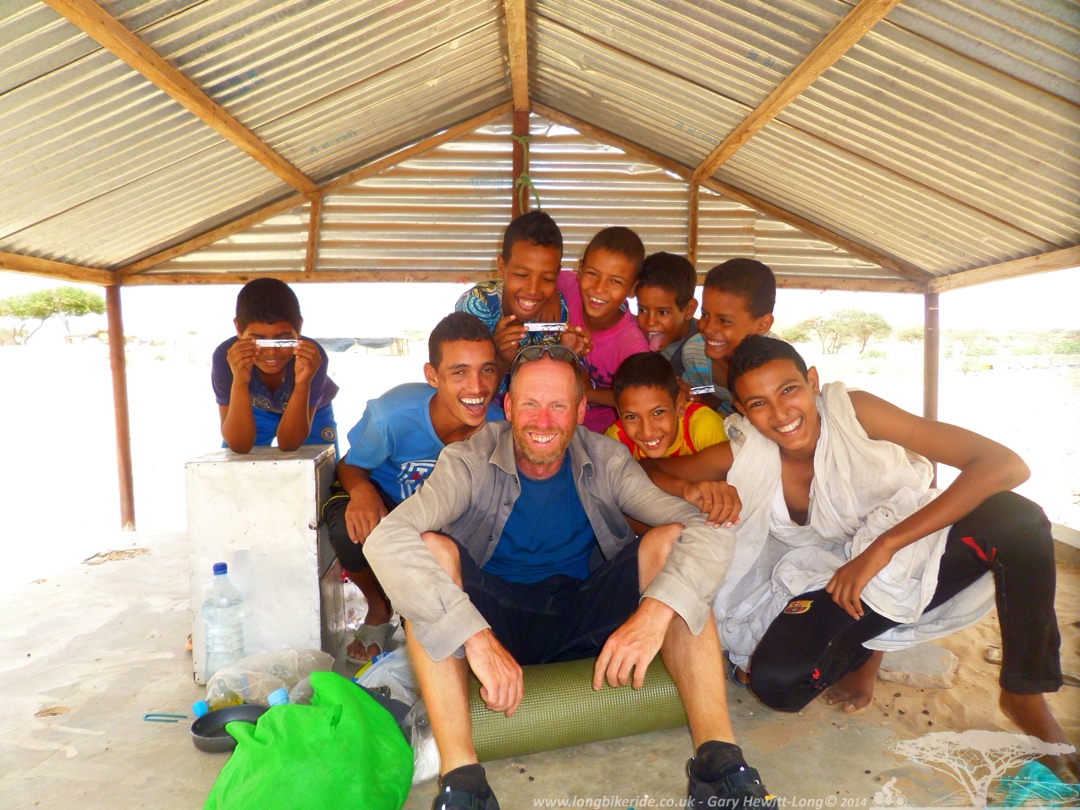 A freshly slaughtered goat being prepared. 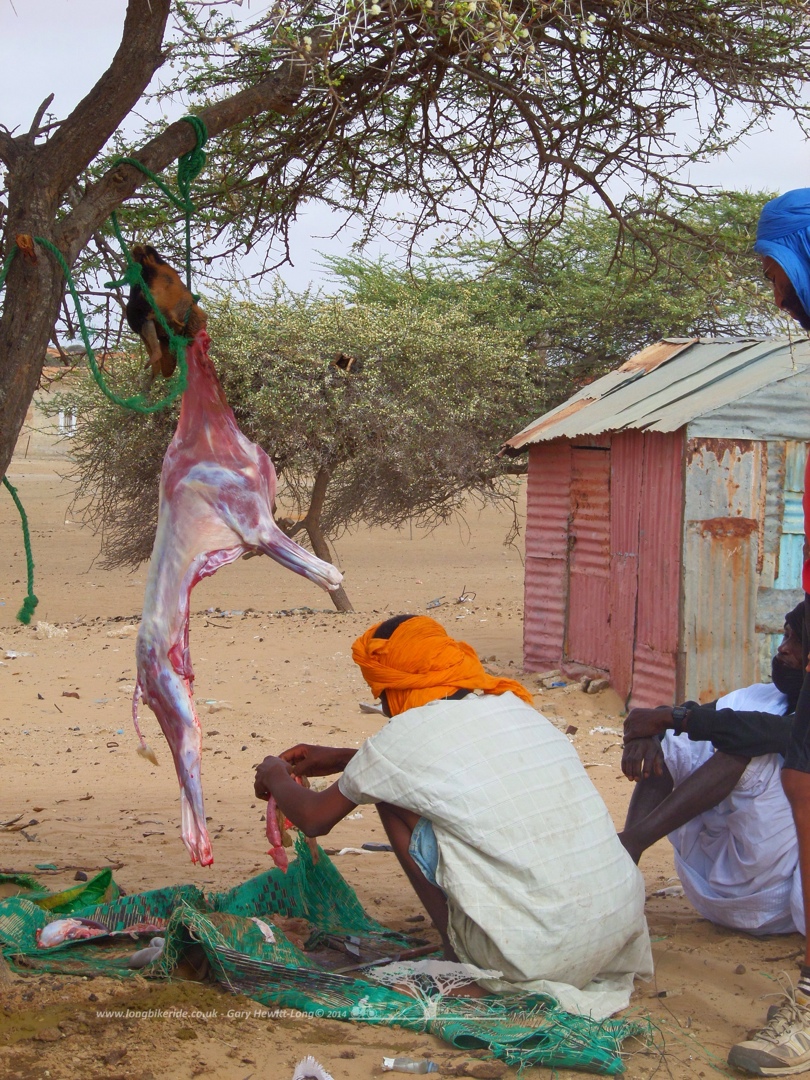 A goat being prepared, nothing’s wasted.

Walking away from the road you could see magnificent sand dunes. 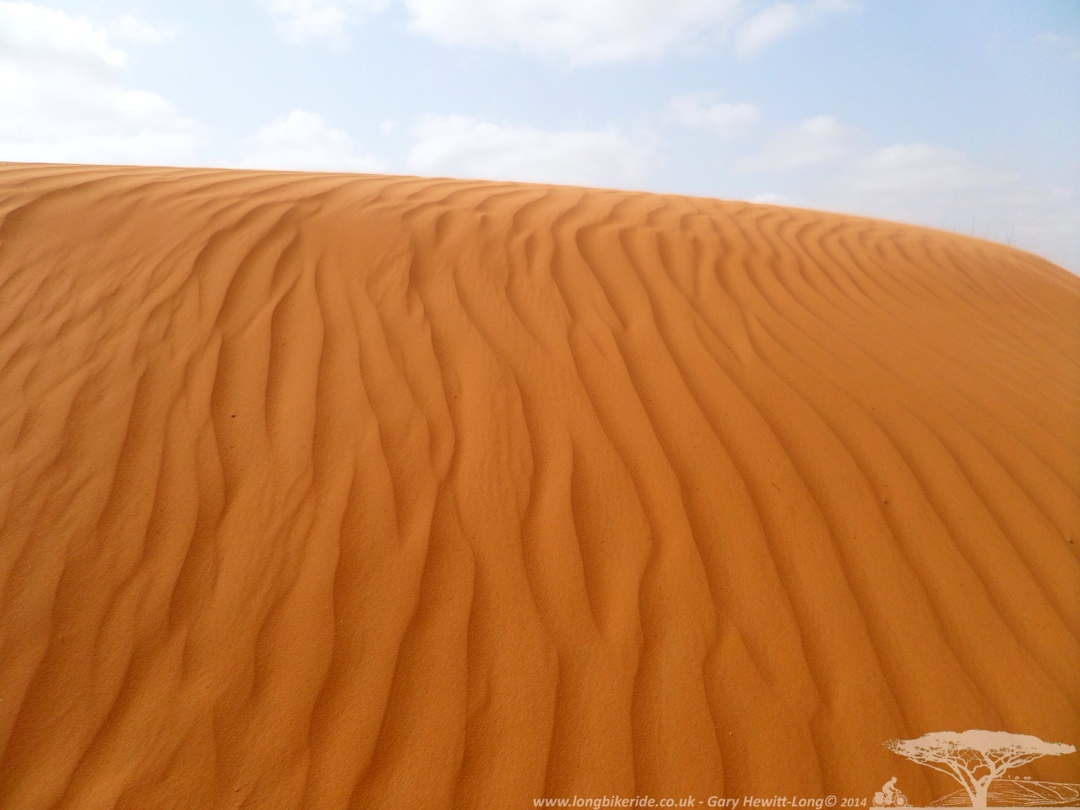 Some big ones and some amazing views 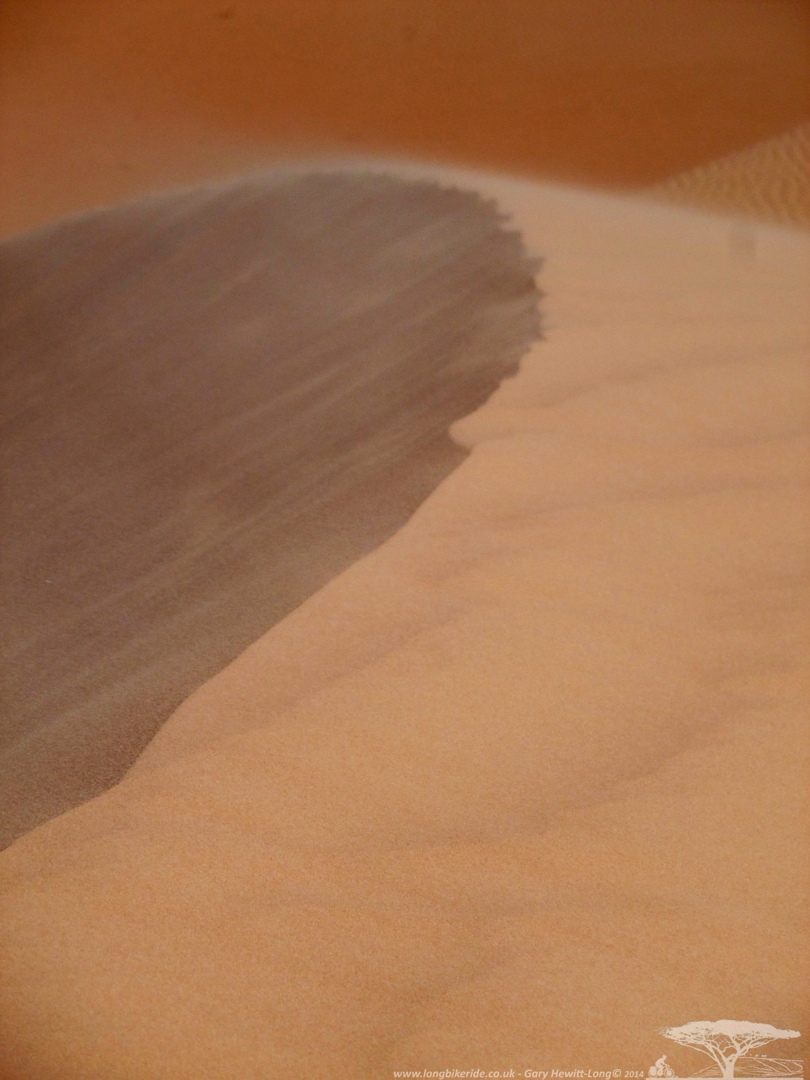 Some were taking over the roads and the endless job of reclaiming them from the sand was going on. 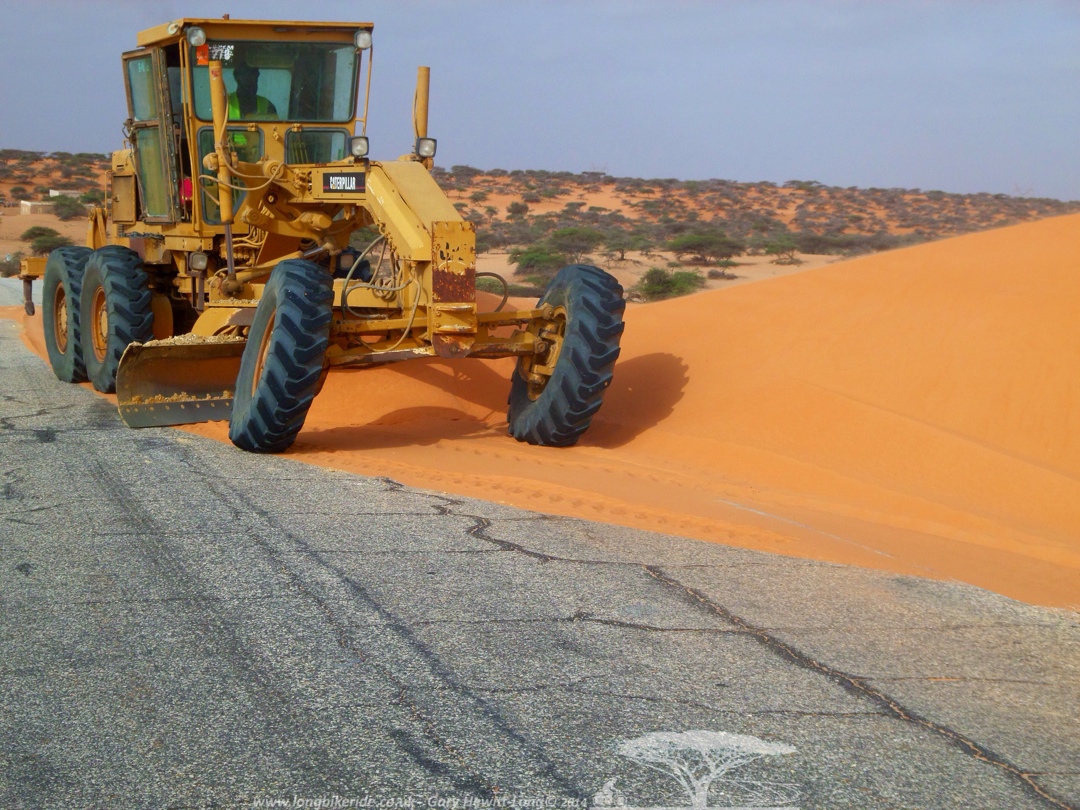 Reclaiming the road from the encroaching sand

Multitasking, stopping to buy supplies in a shop, cooking lunch with their stove and resting from the sun. Free food from the shop owner

Entering the Diawling National park was magnificent. On entry one guy tried to charge a ‘Park Tax’ but ignoring him and being allowed to continue confirmed it to be a scam. What an ass! 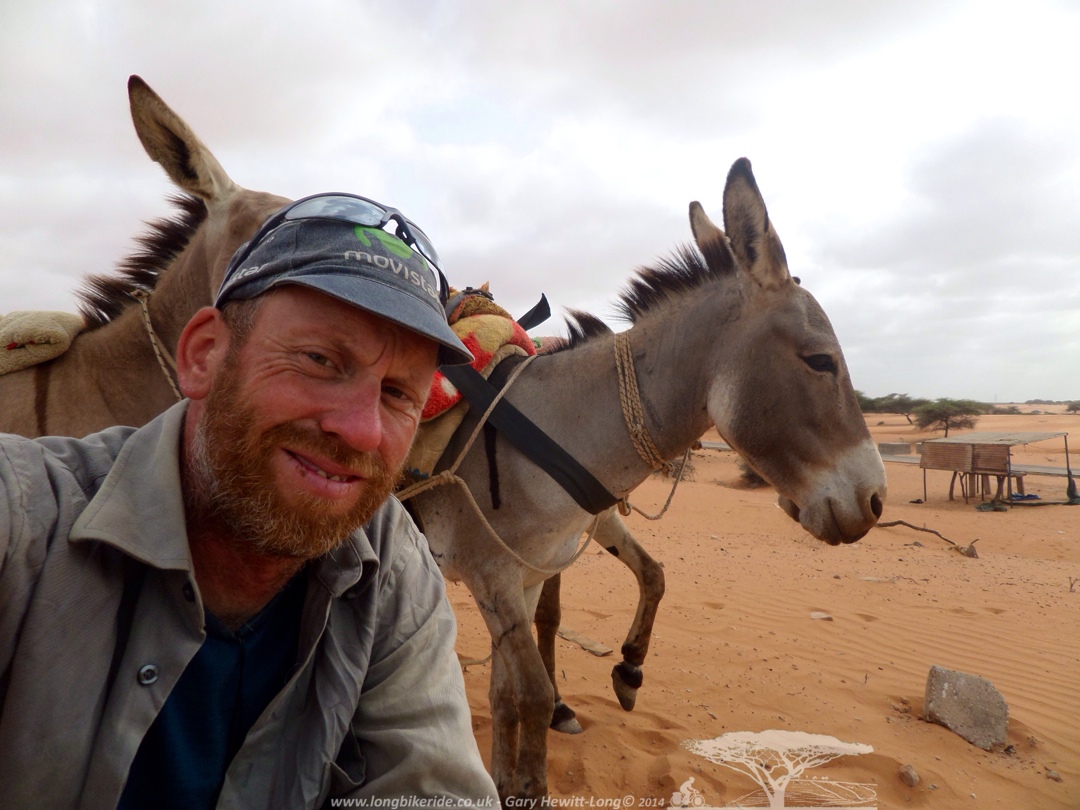 To see lots of wild animals and birds was refreshing after the Desert.
A bird making a nest. Warthogs by the Senegal River

There were two options for crossing into Senegal, Rosso or Diama. Rosso is known for bribes and corruption which was the experience of a guy I was to meet in Senegal. I’d opted for Diama. As soon as you enter Senegal, the roads improve, there are decent signs and lots of colours a big contrast to the desert countries. Colour.. It’s been a while…

St Louis a town 32km from the border on the river. Full of life and bright colours. Colourful wares for sale by the road

It used to be the capital of Senegal Coming out of St Louis toward the campsite I was staying at, you go through tidal areas. Coming out of St Louis, Senegal

Walking without a care, despite being in poverty. St Louis is full of children asking for ‘Cadeau’ or gifts and money. My room at Camping 7 Palava, time for a rest, about £12 a day… With wonderful beach and welcoming hosts. Will have a few days welcome rest before heading toward Dakar and The Gambia.