The last week saw me spending my last few days in France, leaving the Workaway placement in Olargues and arriving in Spain.

After going to the local festival of the cherry’s (Cerises) 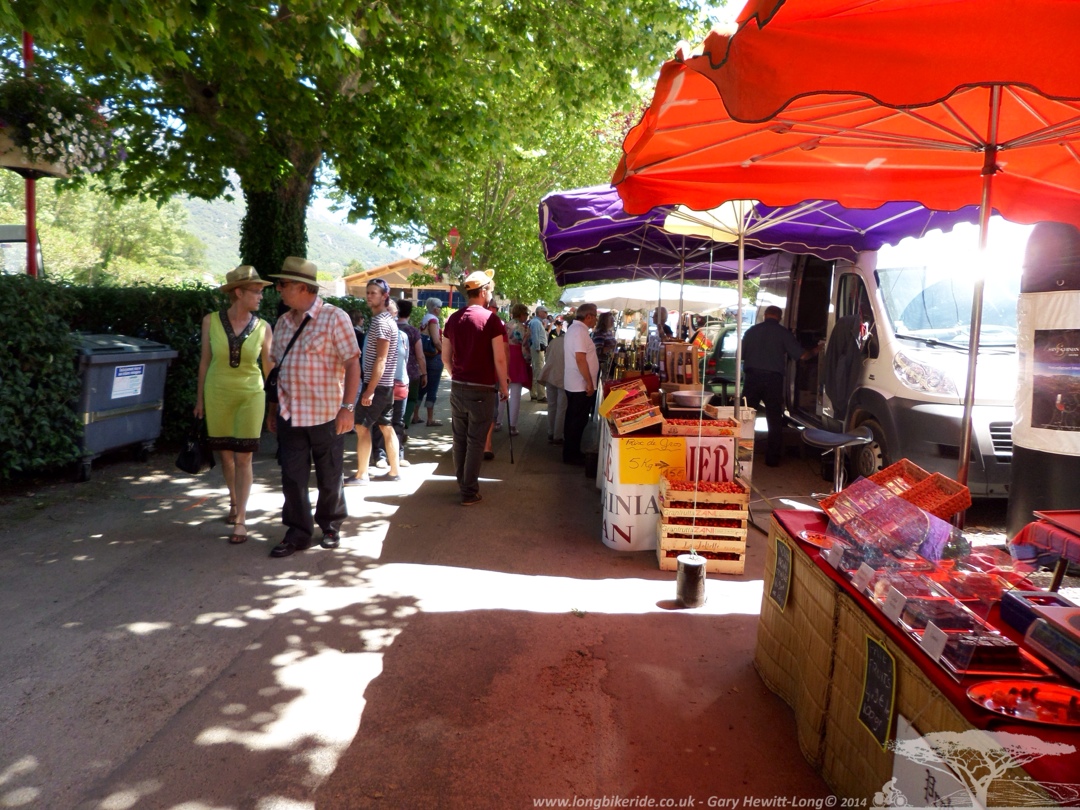 Festival of the cherries

Elke and Norbert saw me off, sending me away with bread, locally cured sausage and the ever so important Pain au Chocolat. 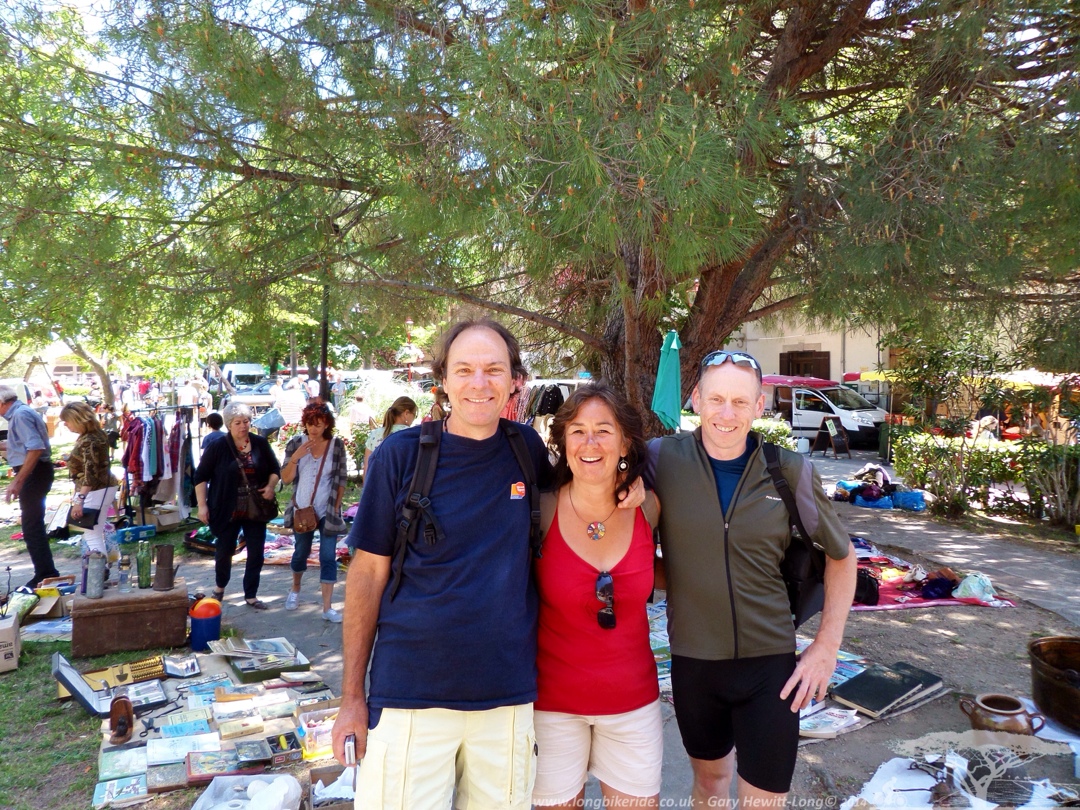 Norman, Elke and I

I headed to Narbonne, picking my way through the picturesque route Norbert had shown me. 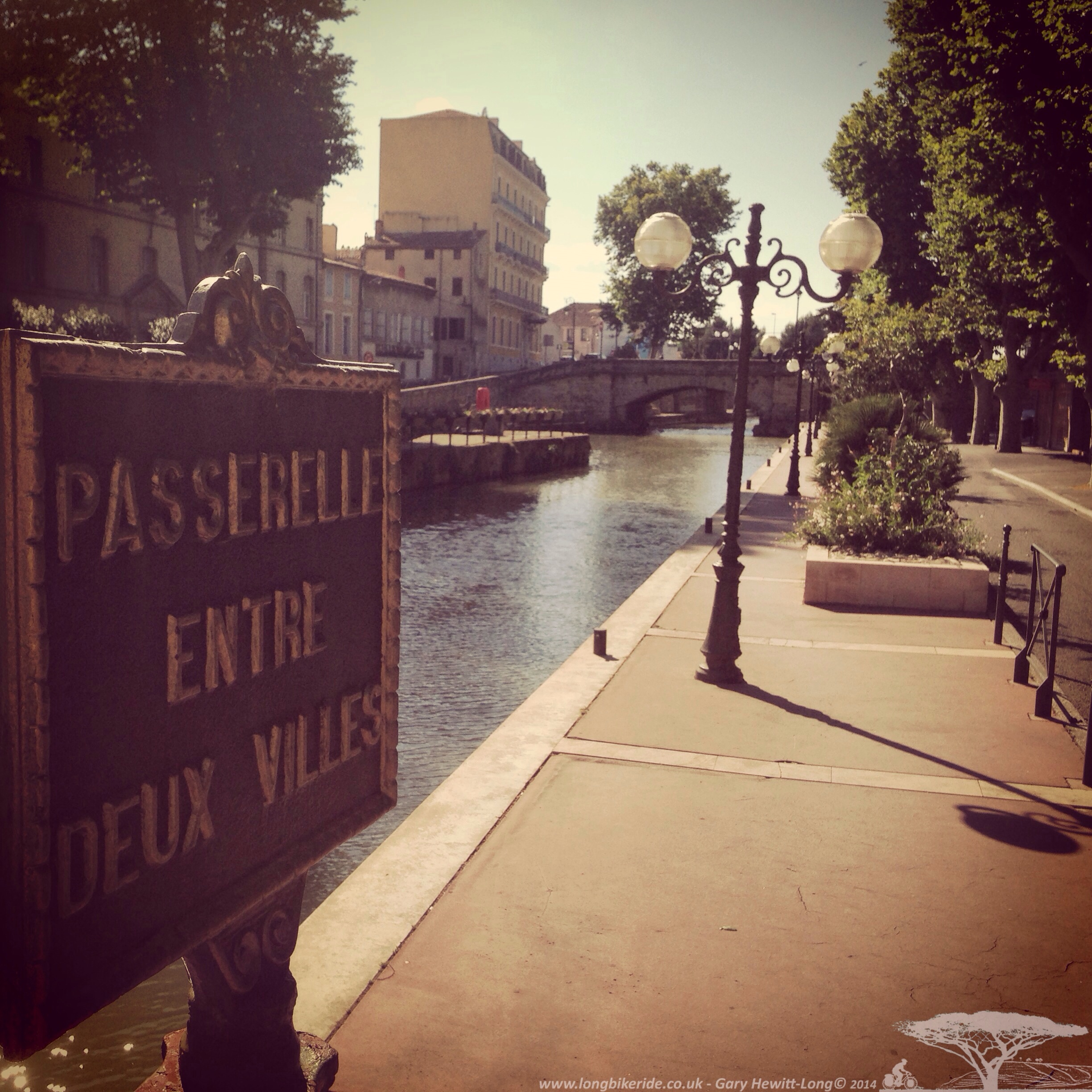 Reaching the Med at Port-la-Nouvelle

What a sight, it doesn’t however show the huge winds 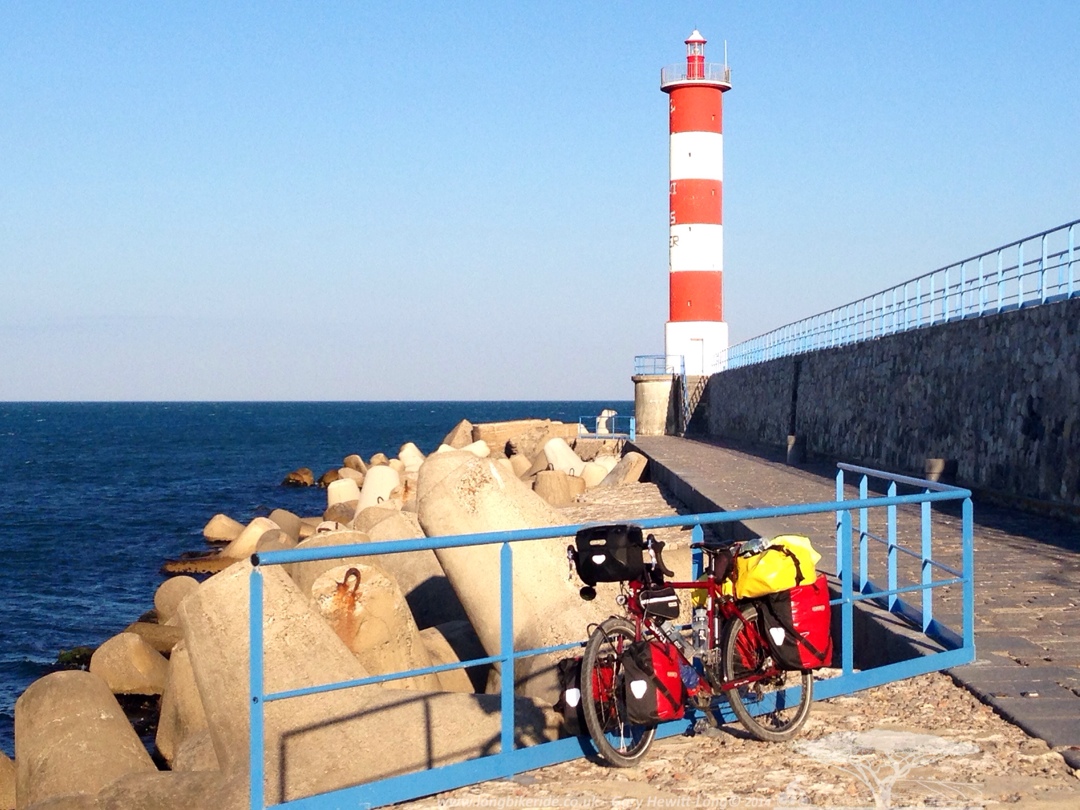 Where my self imposed alcohol ban failed dismally.

Rich and Family – oh and me 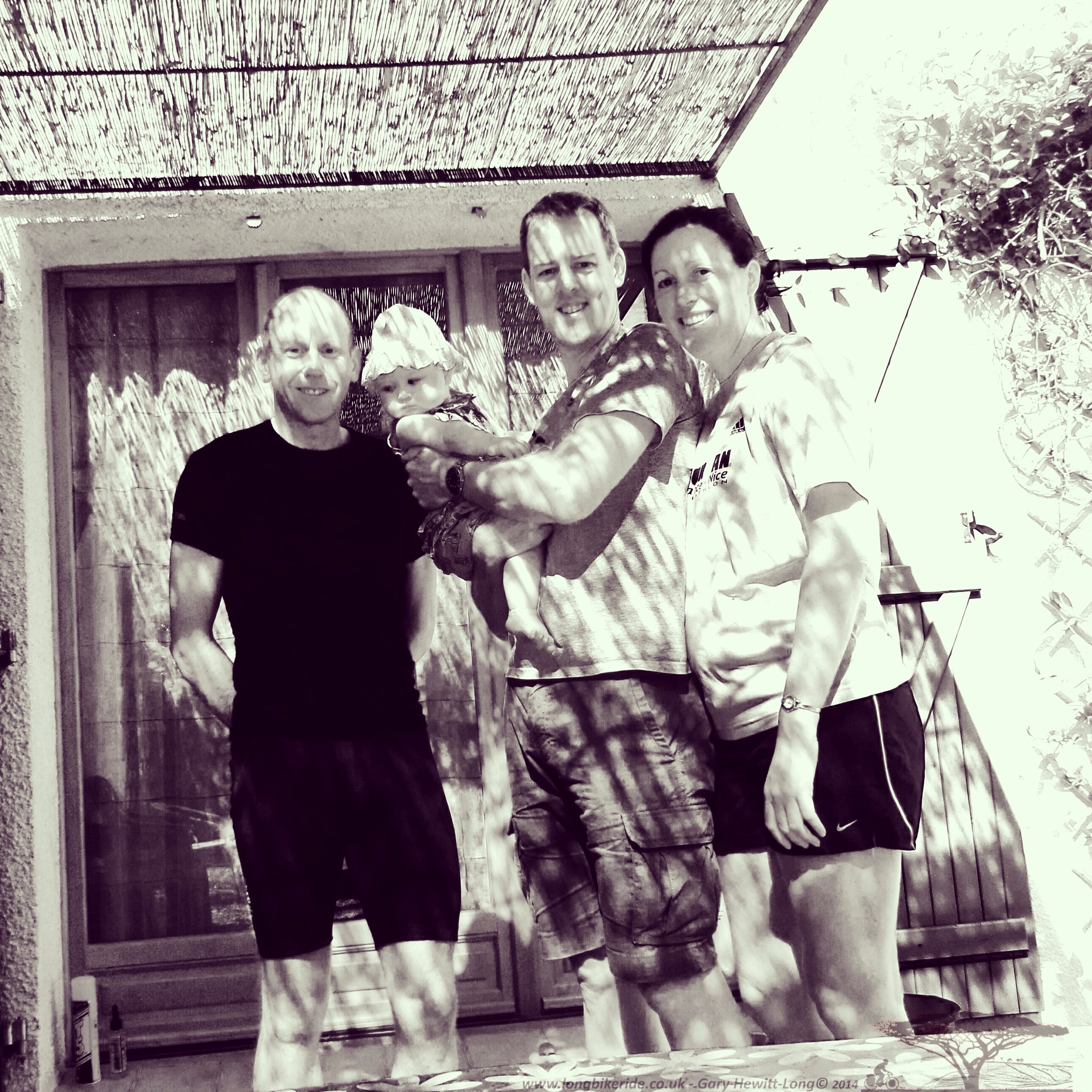 Catching up with Rich B and Family at Canet Plage

It was good to see Rich and Family, and to here properly about Steve who has had a horrific cycling accident. Get well soon Steve! See you back on your bike soon.

Oh and the BBQ and Breakfast were great too!

Leaving Canet-Plage, you could see the mountain range I needed to pass coming up soon. 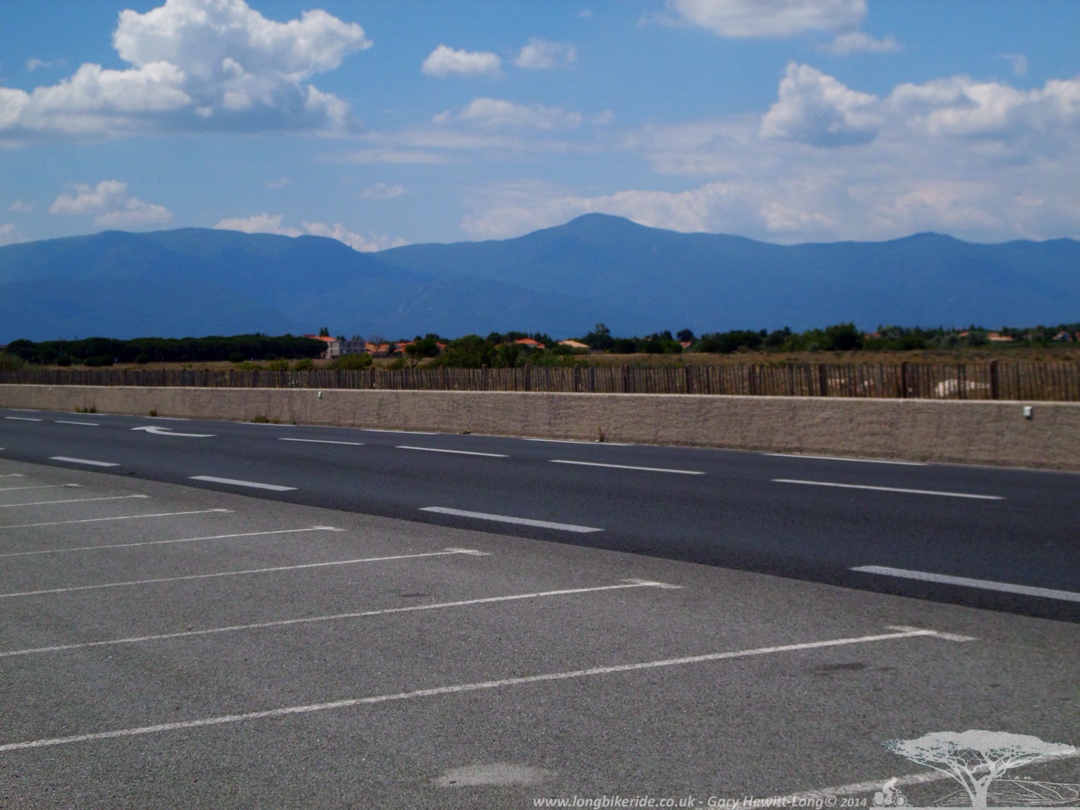 That’s Mountains that is!

I followed the route to Spain, there were some breathtaking sights. Until I reached the border But further down the road there was a nicer sign. 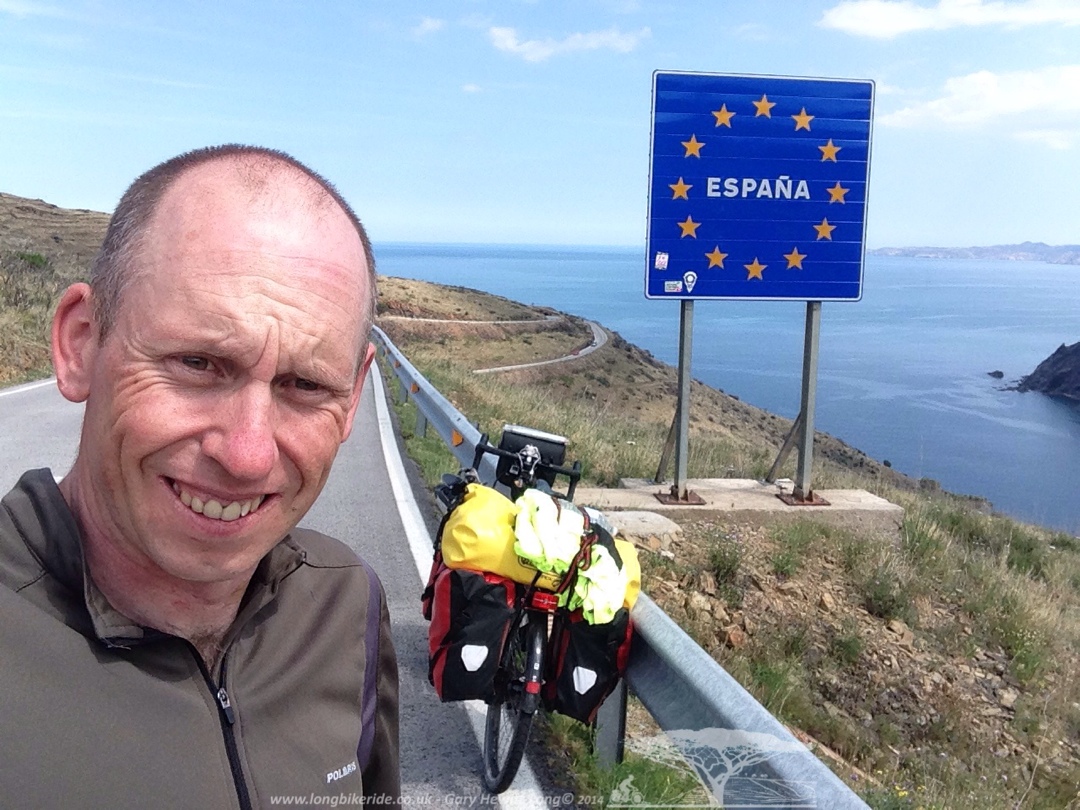 I stayed with my first Warm Shower host in Viladamat, Spain. Steve who had toured lots. 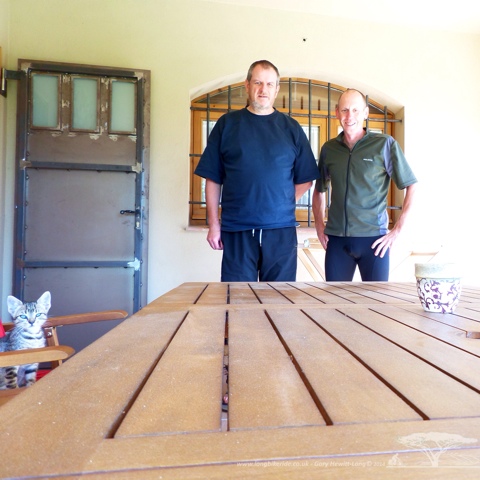 Steve from Warm Showers in Viladamat and I This guy had covered some miles Arrived in Tossa de Mar, with nowhere to camp. So thought I’d go for a beer. On the road to Barcelona, the views were great. I was pulled over by a guy on a motorbike Manuel who was passionate about cycle touring. Manuel explained that Sitges was a gay town. Unfortunately a lot of the beauty spots in Spain have a lot if graffiti and urine smell around. After leaving Barcalona, I met Norman We saw a procession, horses Some sort of Fiesta The next day there were three, Renas joined us. Chatting with Renas on the way to Amposta where I was due to meet Christian from Warm Showers, it was coincidence that he too was stopping there the same night. It later transpired the other hosts I’d failed to stay with as they already had someone staying, that someone was mostly Renas! He had also stayed with Steve and Maccia in Viladomat.

We entered Amposta on the river Ebro Amposta on the Ebro

The next day we ended up on the beach, where I did some washing. Time for a beer

And then we relaxed with beer and good food courtesy of Lidl!