Normally, I don’t do hot weather, however throwing myself into a warmer climate and adding on top cycling, I’m surprising myself at how well I am coping with the heat.
Since meeting Norman and Renas, the schedule I was working to seems to have gone out the window a little. I was planning on doing 60-80 miles a day. This seems to have dropped a bit to start with. Water is easy to find in Spain, although at times you have to work out the best way of getting it into the bottles. The water fountains are all different which poses a challenge in the best way yo get it into the larger water bottles.
Getting Water 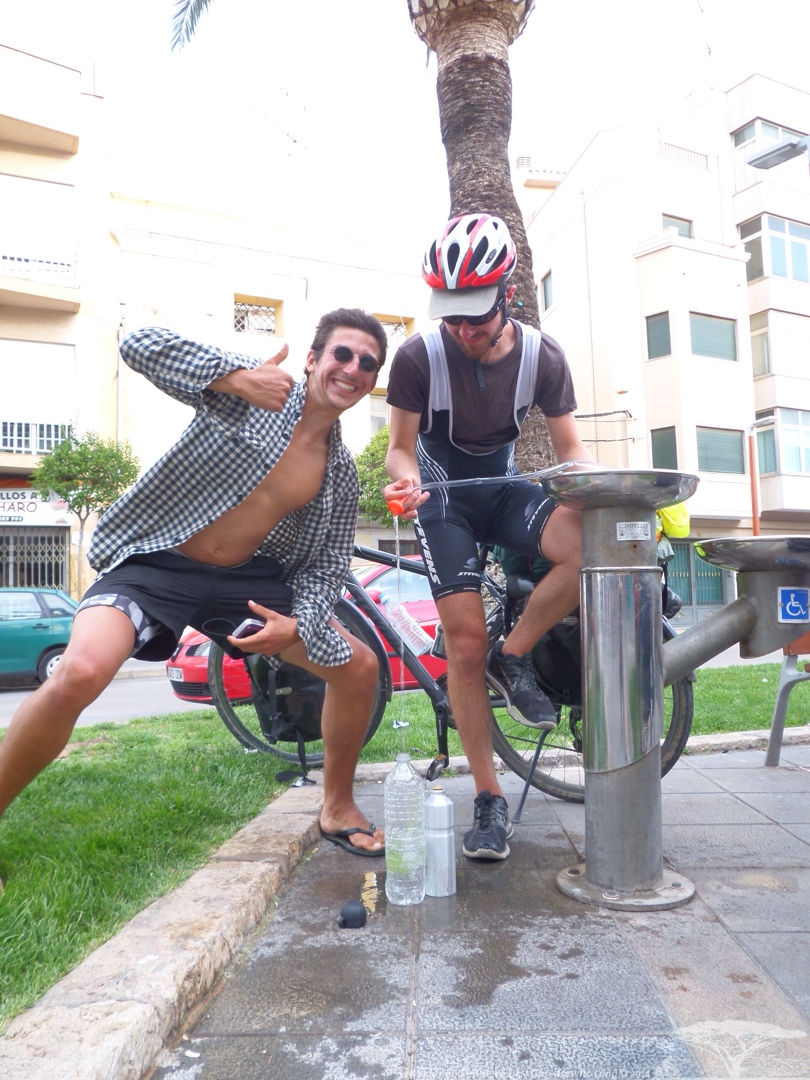 One of the many water fountains in Spain

When riding through France, there were lots of cherry trees, in Spain there are Oranges and Tangerines. Most of the crops have been harvested already, but some have fruit on that wouldn’t be acceptable to sell, either dehydrated or an odd shape. They still taste good, I’m very surprised at how much taste they have compared to shop bought. Straight off of the tree they are amazing! 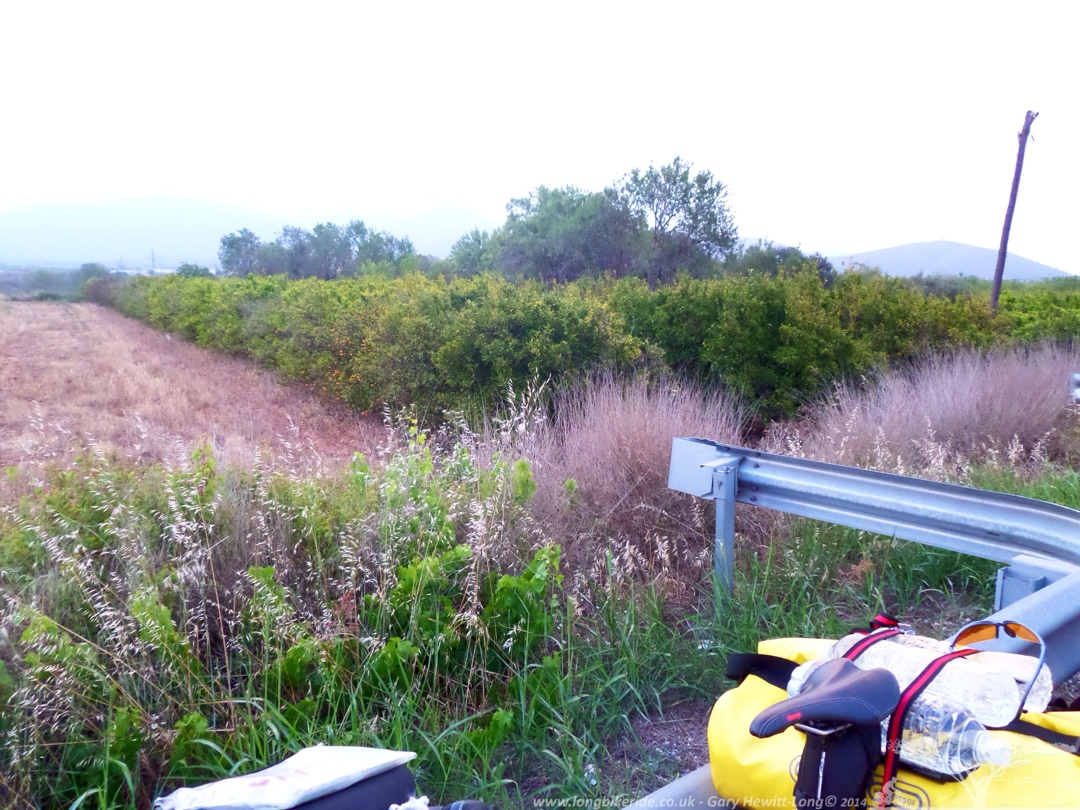 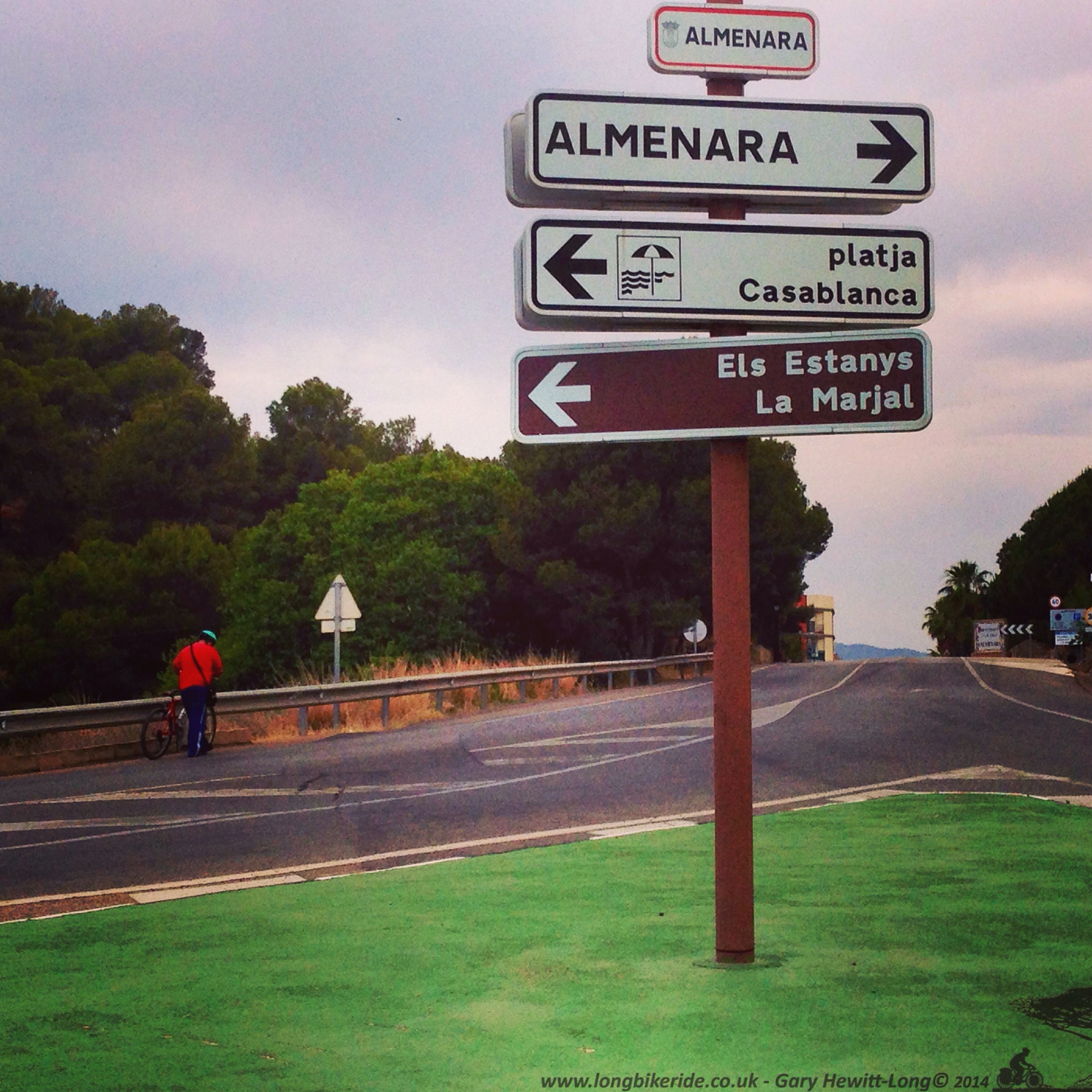 Looking on the map, I saw Casablanca, although in Spain and not Morocco, we just had to go there. 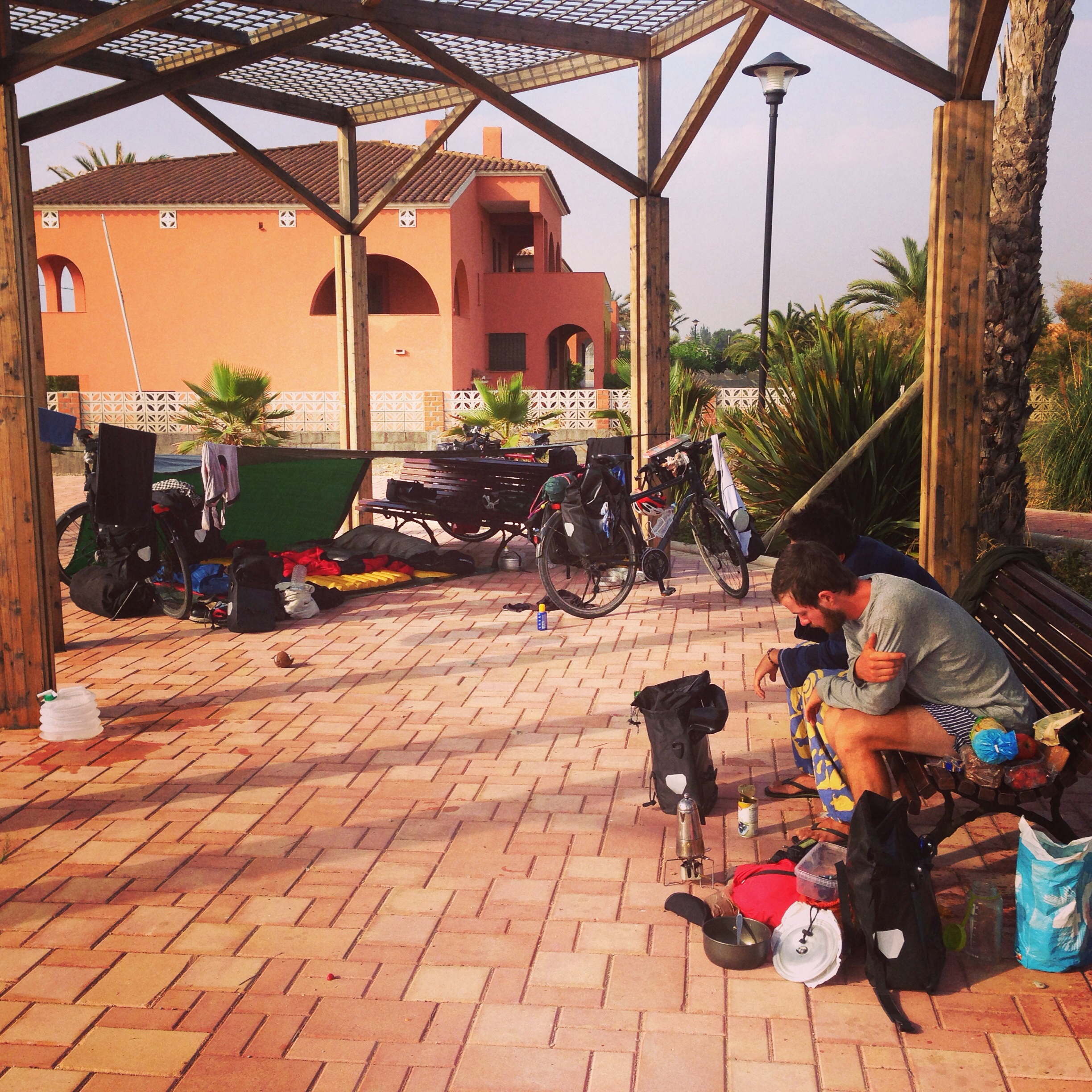 Arriving, it looked great! Even the beach paths were great. But there was something wrong, the beach wasn’t very nice and there were absolutely no tourists. Very Strange!

Took a while to find a camping spot on the Tuesday night, as we rolled into a tow near Gandia.
What looked to me an ideal spot near a run down house, old Orange Terrace, a man with a rifle walked round the corner. After some fun trying to communicate, he was shooting wild boar and was worried he may shoot us by accident. So we moved further down the road. 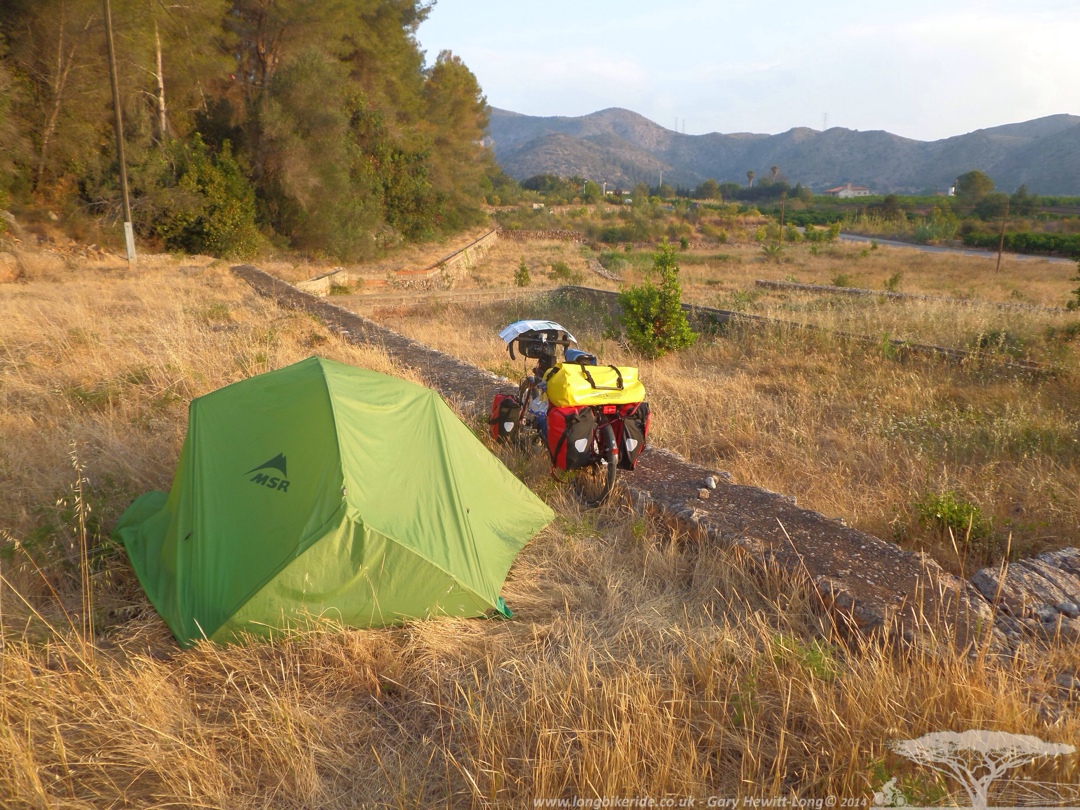 Camping on an old orange terrace

We met a nice Italian guy Giorgio in Torrevieja where we had the afternoon off. Giorgio had been riding all round Spain. Wednesday saw the best camping spot yet near Alicante, by the sea and a lighthouse with a stunning moon. 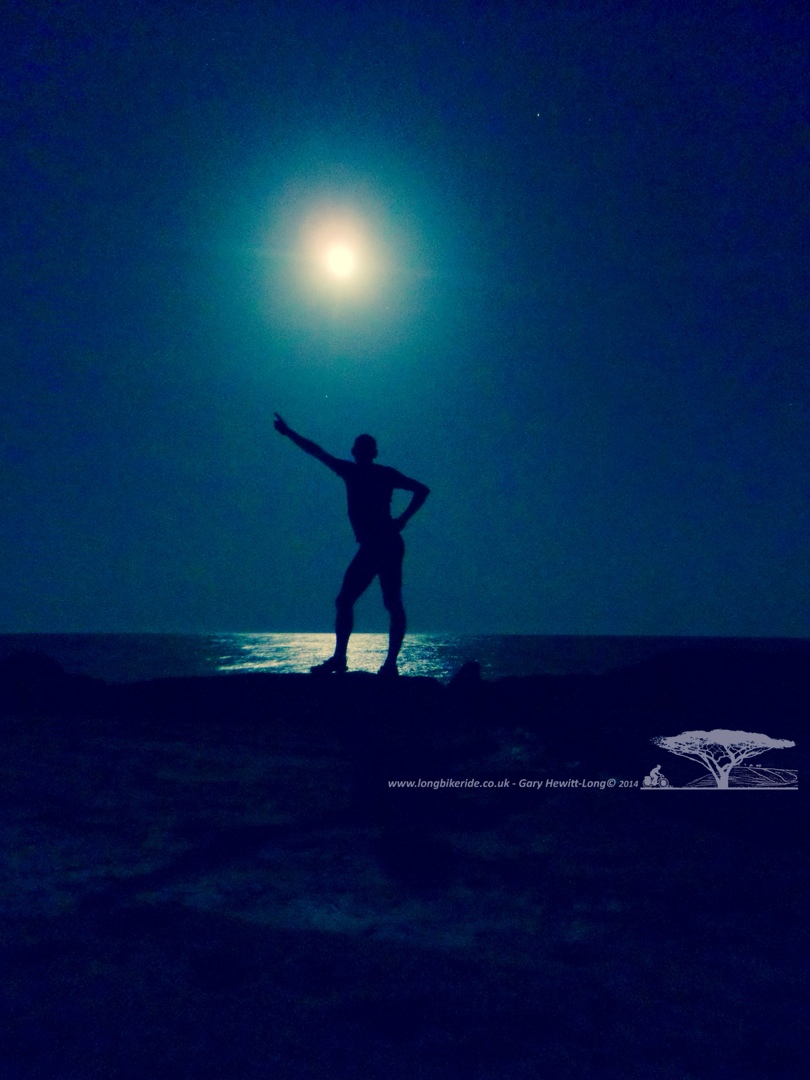 Riding back along the beach was pretty cool
Too! 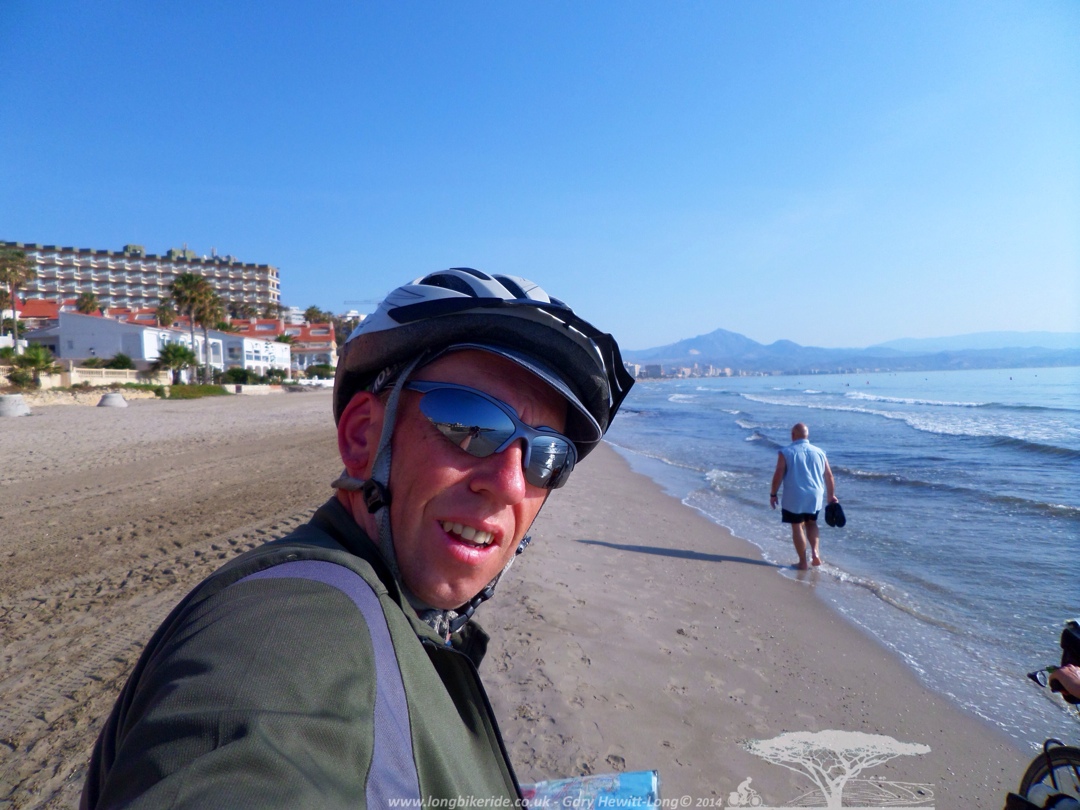 Riding on the beach

Renas rolling through the miles.. 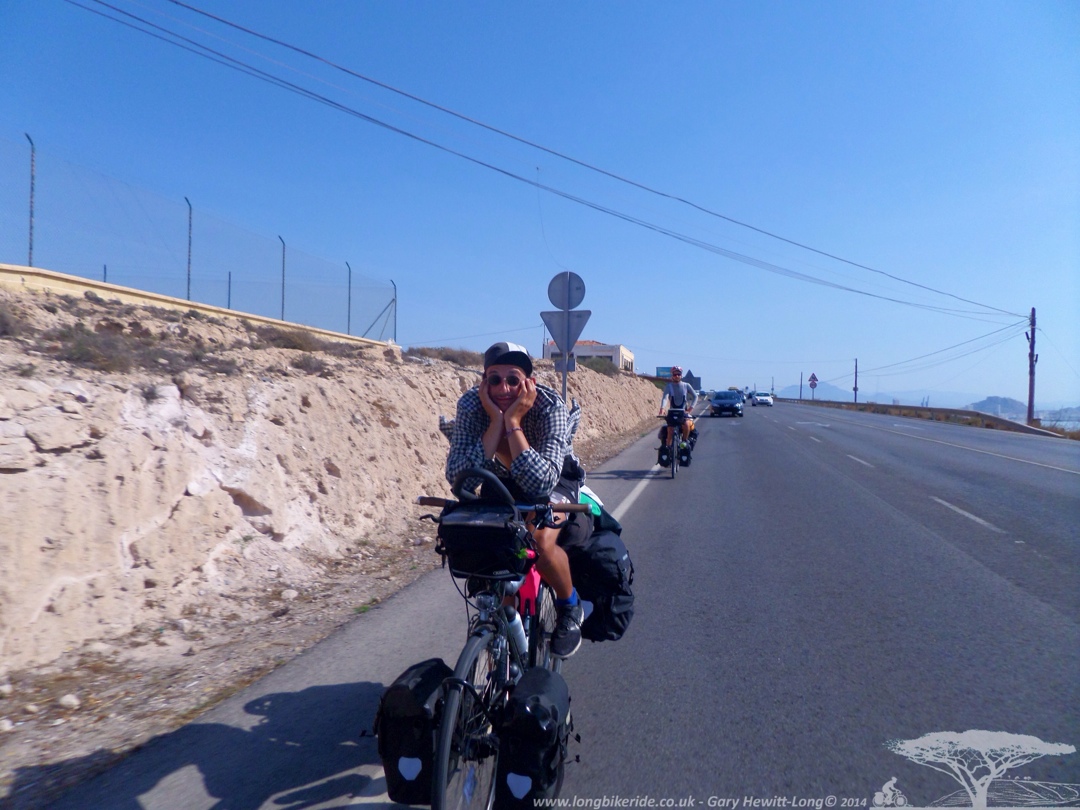 Renas knocking up some miles

As I rode out of Saint Javier the day after the start of the world cup, it didn’t take long for the scenery to change as I rode towards Cartagena, the grass disappeared and the landscape became more arid. 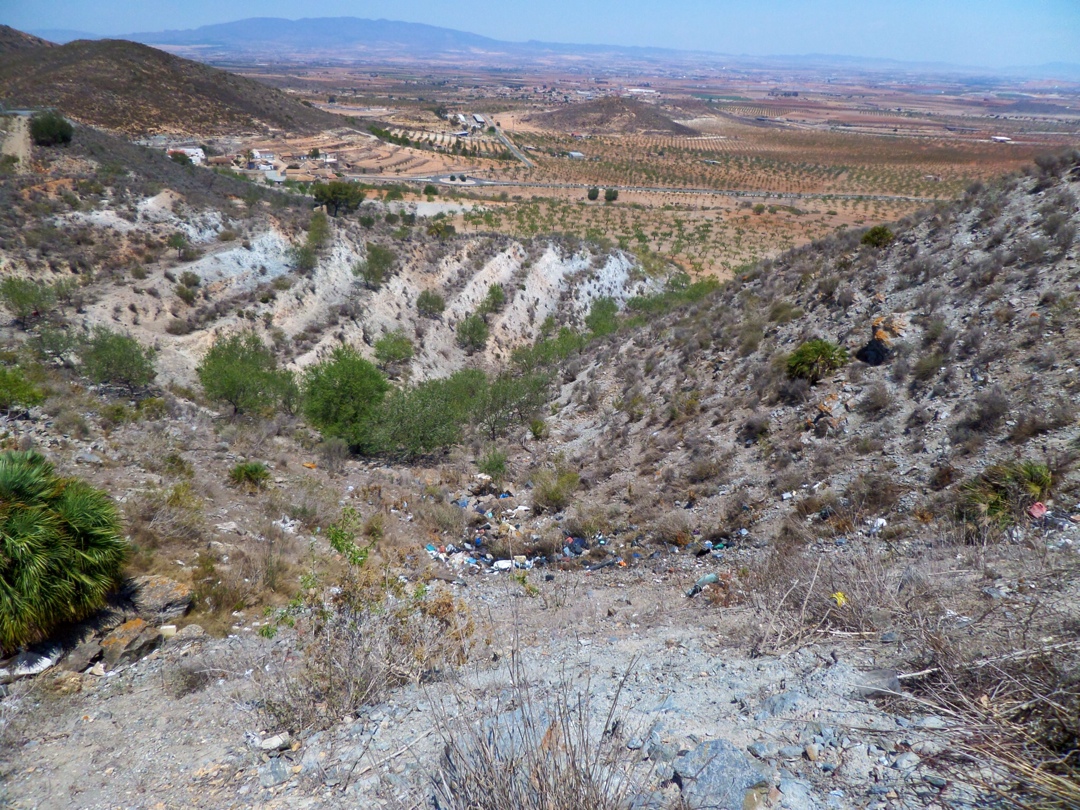 Looking back down the hill

The temperature turned up a notch or two as well. 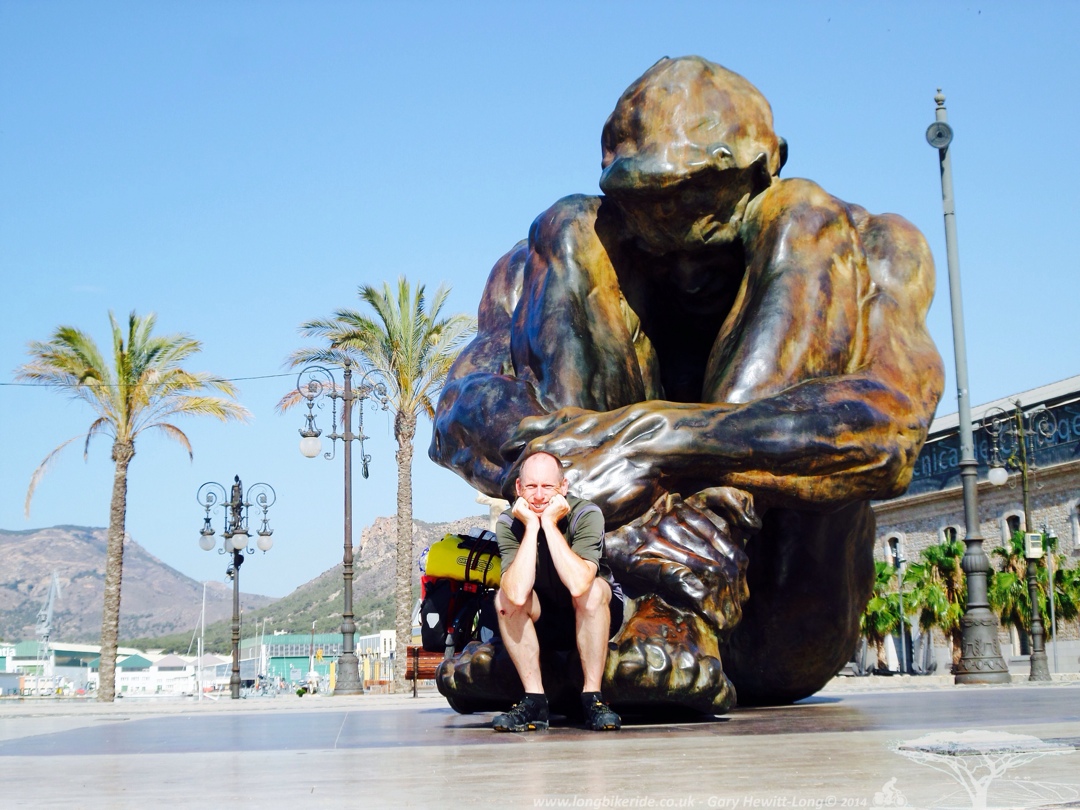 The mountains were completely different. Riding past tomato and melon farms. Near the top of this small mountain

Its such a shame to see so much litter in such remote and spectacular places. After a day riding back on my own. I met up with Renas and Norman (Normski) at the beach in Calabardina. I’d watched football on the beach with some Spanish guys, pity they lost 5-0! 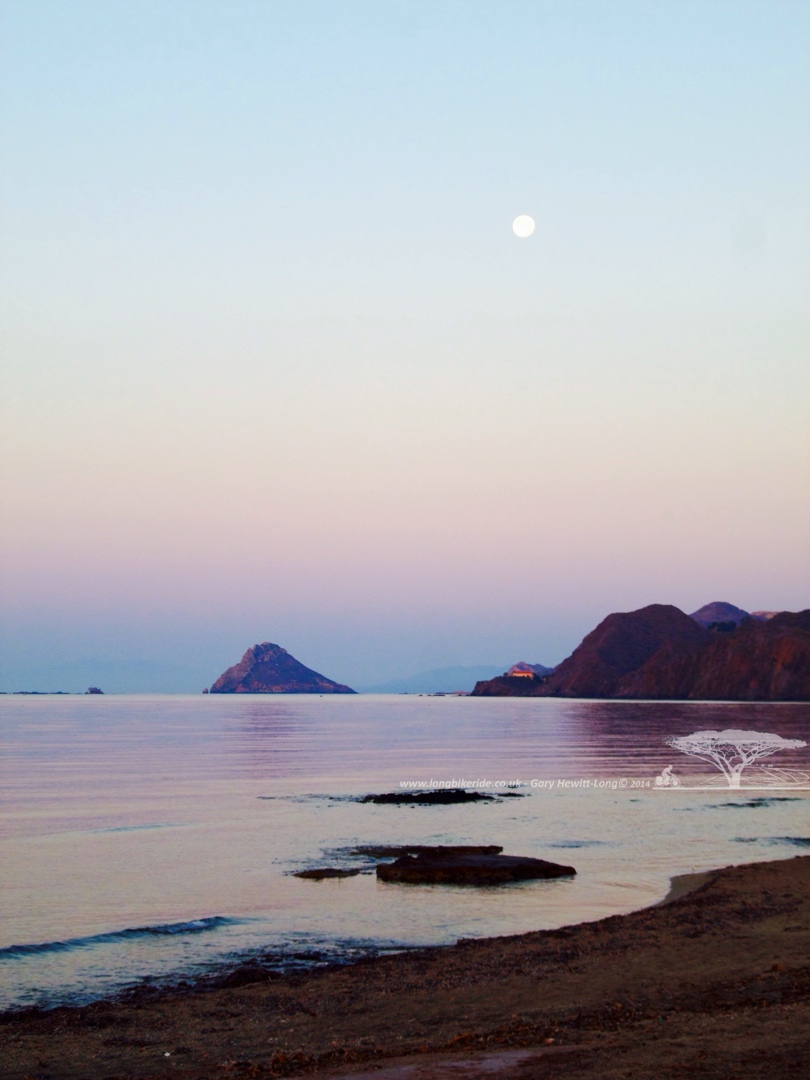