Tired legs, swollen hands and sore feet and bums literally crawl out of bed. After yesterday’s start we both knew the drill. Getting on the bike would hurt.. at least to start with.

The roads yesterday were pretty good, today as we got on the road again, they were terribly worn, big gaps in the tar made paris roubaix look smooth. The cycle path was no better and progress over the first 25 miles was slow due to the energy sapping surface. As county borders came and went surfaces changed. Well done Lanarkshire. We love your roads!

We arrived at the forth road bridge late morning and was surprised to see another bridge being built to the left. The ride over was easy, much like the Severn. 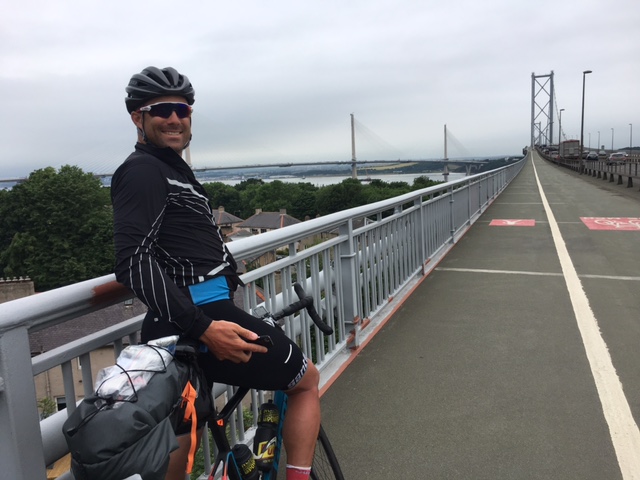 Onwards through Perth and into the Cairngorms where the weather really took a turn. The rain was torrential and along with it a big headwind. The good time we’d finally made up in the morning evaporated and found our ETA at Kingussie getting later and later.

The route took us along the A9, not much fun with lots of traffic. We tried taking the cycle path, but that was barely suitable for mountain bikes let alone road bikes and had to hop back on the A9. 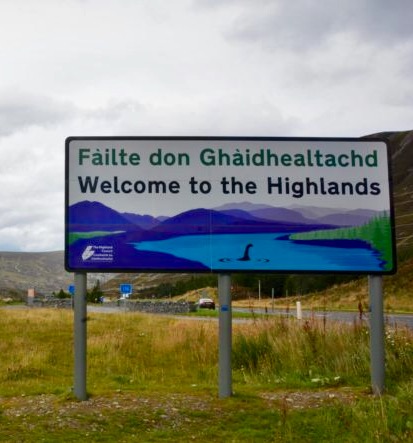 Someone else’s photo. We shot by in the pouring rain!

We finally rolled into the Highlands and Kingussie at 21:50. Luckily the Chinese takeaway was still open for food, and apparently so were we for the midges evening meal.
Route: New Route