During my travels and cycle tour along the Garden Route, taking in the scenery and beauty of South Africa I was contacted by a fellow Chippenham Wheeler and cycling friend in the UK, Jay Olsen. Jay has ridden some challenging road rides, one of which I was set to do myself with my ex employer in June 2014, the Hot Chillee London to Paris ride. 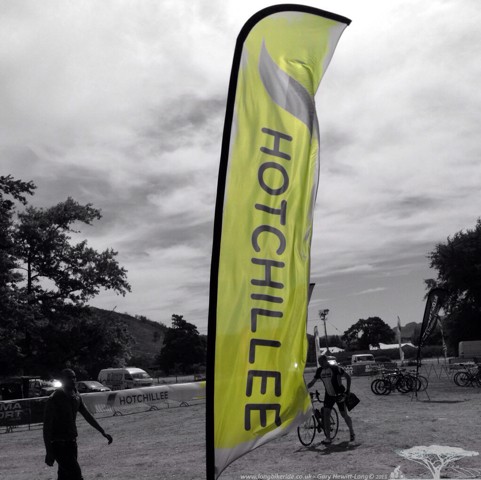 My Change in circumstances and Long Bike Ride meant that I didn’t participate, however Jay had noted that I would be in and around Cape Town for the Hot Chillee Cape Rouleur and sent a message off to Sven the owner of the company to see if they’d make me welcome.

Shortly after I received an email from Sven, inviting me to ride the seeding prologue in Franshhoek. 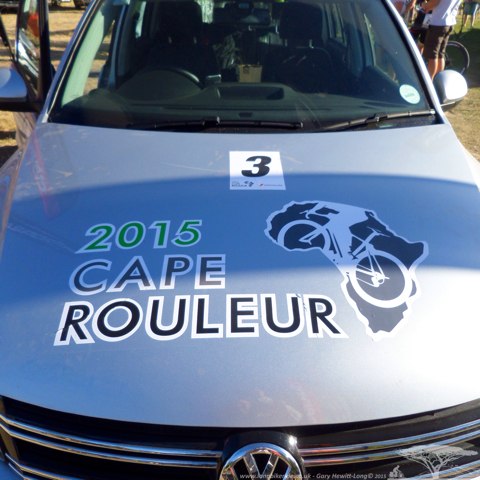 The Cape Rouleur and other events organised and run by Hot Chillee are designed to give the non professional rider the professional experience. Features of their rides are similar to races, King of the Mountain Stages, sprint sections, GC and riding with rolling road blocks just like a pro. To be invited to take part in any way is fantastic.

The prologue was a small time trial, a gauge to put riders into seeded groups, group one containing some Pro Riders, Dean Downing from Sky and some young riders from the South African MTN Qhubeka team that are participating in the Tour de France for the first time this year. 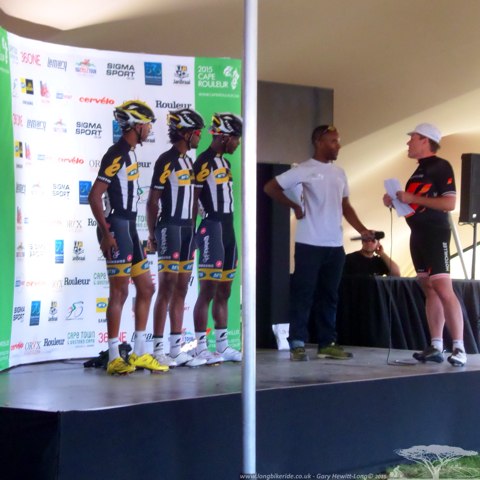 MTN Qhubeka Riders being introduced at the Cape Rouleur

Arriving at the Race village, Franshhoek in the heart of the South African wine lands the organisers had put up lots of the usual flags, banners and podiums ready for the week of racing.

Signing on was simple, complete a form or two and I was then handed a bag with my race number, a timing chip for the bike and a t-shirt.

When I realised found out I was going to be entering the Cape Argus and the Cape Rouleur at the end of my ride, I had one concern about my bike and its capabilities as a road bike, after all it’s a touring bike. Not only is it heavy, but the gearing is setup for touring, low speeds. Whilst I was still in Kenton-on-Sea I ordered a new 15t rear sprocket for the Rohloff to replace the 17t one I had fitted. This effectively increases the top end speed at which my legs could propel the bicycle without my cadence having to go faster than a hamster on speed… Swapping over the ROhloff Sprocket from 17T to 15T

Pushing my bike over to the bike mechanics tent I was greeted by Clint, an affable South African Oke busily helping riders with repairs and adjustments on their bike. Asking for a chain whip and a spanner he quickly took off my old sprocket after I had removed the wheel, the new 15t one easily screwing back onto the hub with a little grease. It’d make hills harder when I put the bags back on, but hopefully speed me up a little on the flat and downhills. Clint, the ever so friendly South African Bike Mechanic

The prologue was set to take place in the evening, the wind throughout the day blowing strongly along the out and back route. Riders were given starting groups to go to the start line and every five seconds a rider was told to go as the marshall lifted his flag.

Rider briefing was carried out just before the start of the Prologue, Sven explaining much of the procedures and some of the rules, and another chap translating into the native language of Xhosa. Sven took great pains to explain the rules to avoid any unwanted disqualifications, the Xhosa translation being only a few words needed, in each translation the wording much shorter than in English. Xhosa appearing to be a more direct language.

During the introductions and after the celebrity riders, team riders from MTN Qhubeka I was introduced. Much to my amazement there was quite a cheer from gathered riders. In line ready to start the prologue, only a few seconds to wait.

Fifty metres down the road the timing equipment beeped as riders rode past and then the time trial began. The wind changed from a headwind to a crosswind along the route, with mountains as a back drop and other riders already on the return leg the feeling of a time trial came flooding back.. Ive been touring for nearly ten months but the sight of a rider in front and the clock ticking soon had my heart rate up to near threshold in an attempt to propel my ay touring bike as fast as I could over the undulating course and in the process avoid having the slowest time. 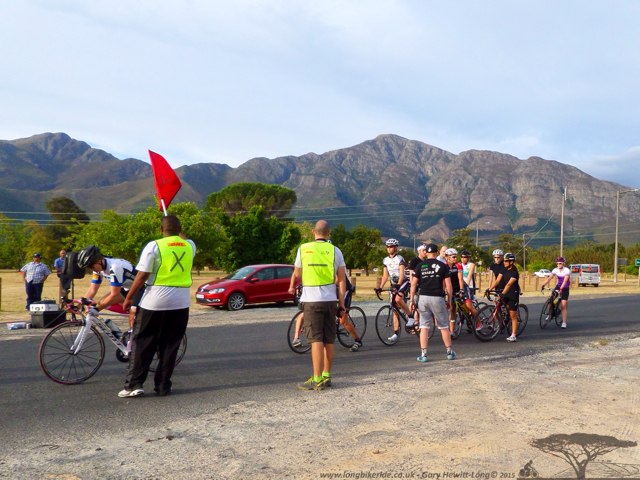 The pain returned to my lungs, the fire that starts when you push yourself hard in a time trial or hill climb, the sensation not felt for a long time, and masochistically it felt good, I’m a cyclist who likes the pain of pushing yourself hard.

At the end riders recovered from the effort before making their way back to the event village, some taking no time to recover others taking a little longer allowing the lactic acid to fade and the breathing to return to normal. 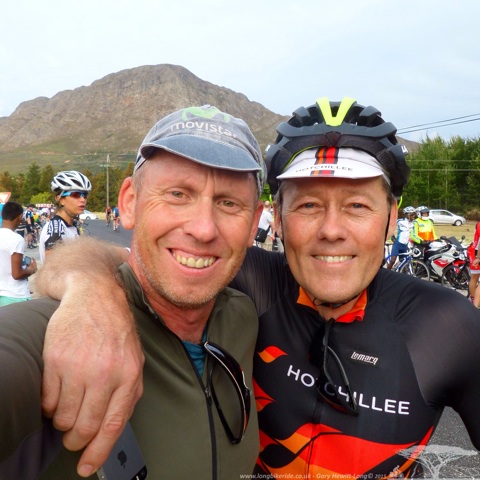 Sven and I at the Cape Rouleur Prologue

The majority of the riders originated from Britain, but many were overseas participants and several South African Riders. One group of riders were from Evesham, very interested in my ride and friends of another rider doing a large or epic ride, Steve Abraham who is at the time of writing attempting to break the Year long record for most amount of miles ridden, averaging over 200 miles (320km) per day. 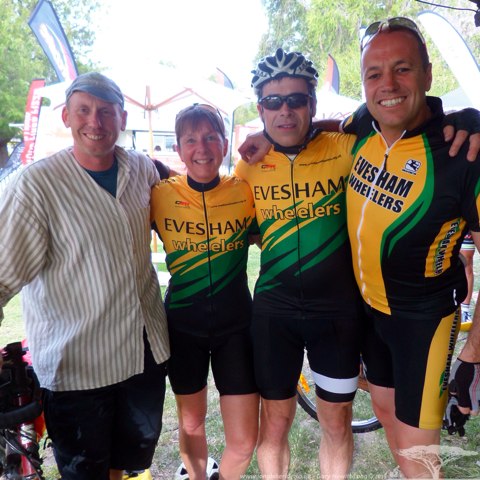 The following morning, the race was due to start properly, everyone having been seeded was given a start group of 1-4 and set off with their own outriders, support vehicles and police escort. As the grouped riders waited in anticipation of the start the atmosphere was tense. As for my Prologue result, I was very happy not be the last, placed around 137th from 190 riders set to take part. 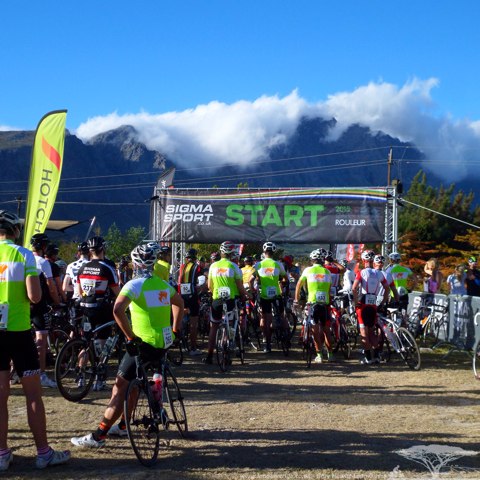 Riders moved out onto the road, ready for the off, marshalls stopping the traffic to get the show on the road. 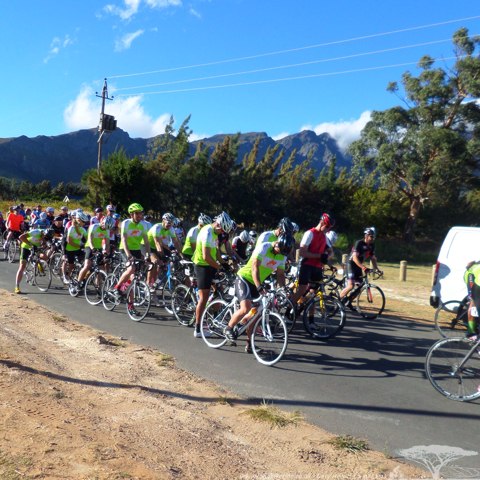 Clipping in to set off

Many of the riders some feeling rather nervous lined up outside on the road. Outriders on motor bikes kitted out in full leathers waited for the groups they were going to be taking care of to come out onto the road and be given the off. Motorbike Outriders ready to do their job

The route on the first day took riders through the town of Franshhoek, the first part with a nice tailwind. After three of the four groups set off, my brain moved to thoughts of food, breakfast with a nice coffee so I moved to a café in town where I could watch group four ride through. Typically as they came into view a large lorry pulled over just in front of me, making a good photo impossible. Luckily that days route meant they turned around a few miles down the road and rode back into town the other way, with a big headwind. Police car escorting riders into Franshhoek during the Cape Rouleur

As the group battled into the wind, heads down and teeth gritted, one rider was lagging behind. I snapped photos as they were coming through and only just noticed the last guy must have had a bad off, covered in blood but in the true tradition of cycling, battling on, trying to catch up with the peleoton. The spirit of road racing – Covered in Blood and still riding!

My utmost thanks to Sven and his team for making me most welcome at the Cape Rouleur, a highlight near the end of my Long Bike Ride..