Lands end to John O’Groats, an iconic bike ride for cyclists in the UK, traversing the length of the mainland of the British isles.
It’s been done by thousands if not hundreds of thousands of cyclists before. Routes vary and there is
is much debate over whether it’s best to cycle North to South, John O’Groats at the far North of Scotland to Lands End at the bottom of Cornwall otherwise known as JOGLE, or the other way round, LEJOG! 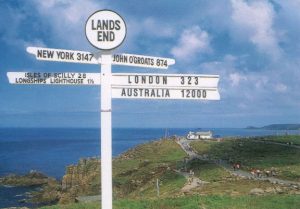 Over the summer equinox, myself, Gary Hewitt-Long and Jay Hookins will attempt to ride LEJOG in Five days. Normally most cyclists tackling the end to end take anywhere between nine and ten days.
Both Jay and I were looking for a challenge this year and despite both of us having a lot of experience in cycling between us, Jay having been riding a bike since his school days, road racing and a quality Time Realist, me having completed long distance rides and having cycled to Cape Town from the UK, yet neither of us had ridden the end to end.
After a brief chat over a beer in some pub, we both decided it was high time to ride it…but with a twist! We’d try and do it completely self supported and in only five days. The aim isn’t to ride fast, but to cover the miles. 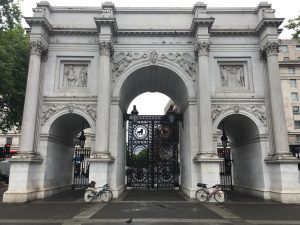 We’ve both intended to do lots of training for this, in reality that hasn’t panned out as we’d thought. Intending to have done several long audax style rides, in reality we did one big ride in early May, where we both cycled from Devizes to London and back. This was a 190 mile ride, albeit flat compared to LEJOG.
So without really enough training to complete a five day attempt we may end up suffering a little along the way.

To cover the distance in five days the route has been shortened as much as possible. Whilst distances to cover the route vary depending on riders preference, the route we are taking is the shortest we can work out and stands at just under 850 miles. Each days target is listed below:

The bikes and kit 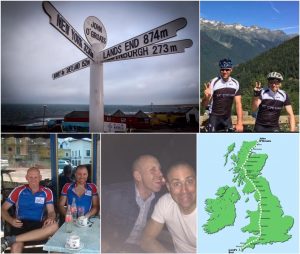 As the ride is self supported, the bikes and kit we carry are very important to try and complete the 170 miles each day. Jay has opted for a carbon fibre Giant Defy and I’m on a steel Genesis Equilibrium, at least I have the excuse of having the heavier bike.
Both of us will be using an Ortlieb rear post pack to carry a change of clothes, spares, wash kit, anti midge spray and everything we need to finish the ride self supported.
Where possible we are trying to not double up on kit to save weight. One pump, multitool etc between us should suffice.

With the wonders of modern technology….and phone signal/battery permitting, we hope to be able to offer those of you interested in following our ride a live feed of where we are! This has come to be known in long distance cycling circles as “Dot Watching”. Basically you’ll see a dot on a map, this is where we are. During the ride the dot will be updated about every five minutes or so and will also show you a trail of where we have been. To dot watch, click on the days post that contains an “Explorer Link”.
The explorer link will take you to a page with a map and lots of stats, try clicking on the speed tab and it’l show you on the map using a colour coding what speed we were travelling at. There are lots of other stats available if you are interested.
See the example link below for the training ride we did to London and back.
Explorer Link: http://cyclemeter.com/9fb89c614db84b86/Cycle-20170515-0454
We will also be hoping, time permitting to update the website and facebook page throughout our ride including uploading photos..
You can see more of the trip and photos we take along the way at:
Website – www.longbikeride.co.uk
Facebook Page: https://www.facebook.com/Long-Bike-Ride-317447951740911/